I can’t deny it any longer. If I try to tough it out, I’ll end up sounding as sane as a UKIP-voting climate change skeptic creationist.

There. I’ve said it.

We’ve had the central heating on a couple of nights. I’ve also started to wear a woolly hat on my bicycle commute. The shops are in full “early gifting” mode. And when I got up this morning it wasn’t bright enough to make breakfast without putting the kitchen lights on.

Ladies and gentlemen, we are beginning our descent.

Undoubtedly one of the joys of autumn is long walks where the sun shines, the leaves crunch and the air is fresh. We’re lucky to live fairly close to some greenery, so going for such a walk isn’t a luxury, and we don’t have to use a car or indeed any transport to get there.

And making the most of the sunshine has become something of an obsession of mine. As an office dweller for 37 hours of the week I notice a real difference on days when I manage to grab a glimpse of the sky in addition to my morning and evening commute. I wind down easier in the evening and get a better night’s sleep. There does seem to be research backing this up.

And it seems at weekends if we go for a long walk there’s a greater chance of the Bairn conking out at her actual bedtime instead of making several trips up and down the stairs for pees, cups of milk, extra stories and mumbling requests to watch the “Cake Film”, ie the Great British Bake Off.

After last year’s washout summer this year’s actual proper summery summer was very welcome. Even if my forehead peeled for the first time in over a decade! We have had the obligatory sudden downpours on a few occasions, and it seems the combination of a late spring, blistering heat and a wee bit of drenching has given wild plants a real boost.

A couple of weeks back we were out for a walk along one of the many disused railway lines in East Lothian. It was Raspberry City! The Bairn and Wife-features had a field day, finding bigger and juicier and sweeter rasps with each turn of the path. We’ve also noticed hedgerows brimming with brambles. It seems to be a common theme across Britain.

Yesterday’s walk along the River Esk revealed trees groaning under the weight of fruits and seeds. There was an oak tree that genuinely looked like a Christmas tree lit up with entirely yellow-green bulbs - these turned out to be millions of vivid acorns. An incredibly tall horse chestnut was simply clarted in massive conkers; any denser and it would have resembled a giant bunch of grapes. 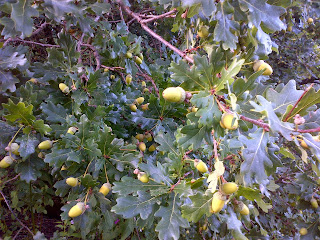 I don’t recall being excited about such things last autumn; I can only assume the season was lacklustre and short. But there’s no doubt a bountiful autumn makes for great entertainment when you’re out for a long walk with a four year old. We had to put up with the occasional bouts of “I’m tired” but for the most part the walk was fun because there was so much to point at, pick at and talk about.

We take such plant life for granted and I suspect most of us who live in towns and cities don’t understand what we’re surrounded by. Where we have riverside, forest and park walks I think we should have interpretation boards explaining what we’re seeing.

Until this environmental information nirvana arrives I’ve done some of my own research, which I’ll casually drop into conversation on the next walk, which I intend to describe as Nature Detectives! The Bairn will be astounded with my apparent brilliant knowledge.

For example, did you know…

A rowan berry isn’t a berry. It’s a pome.

Jays are particularly important as dispersal agents for acorns, as they transport them up to a kilometre away from the tree and bury them in the ground. 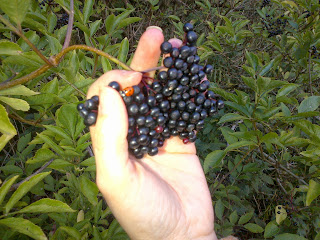 Elderberries make awesome booze. (OK, so maybe I won’t share that one with the Bairn.)

As I grudgingly set the timer on the boiler and hunt for a set of front and rear cycle lights that actually work, I think how important the coming weekends will be as I make the most of nature in all its glory, shrinking hours of daylight and a daughter full of wonder.
Posted by About Me at 14:07 No comments:

That's Not My... Independent Scotland

When Ruth Davidson said she wanted the White Paper to reveal what an independent Scotland would look, smell and feel like it reminded me of a series of crinkly, shiny and fluffy books the Bairn was a fan of when she was smaller.

So, here's my contribution to the frenzy of excitement as we mark One Year To Go. I really am reducing the debate to a childish level. Enjoy! 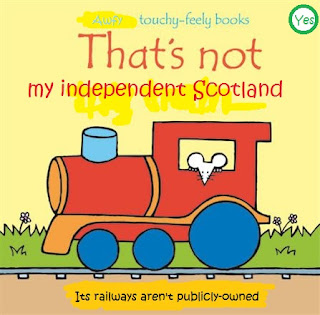 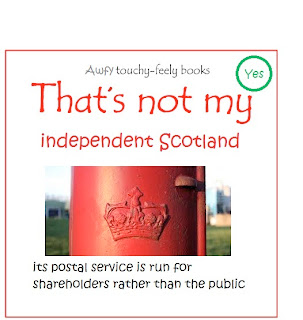 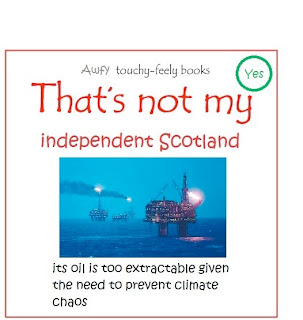 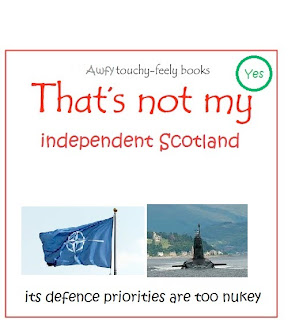 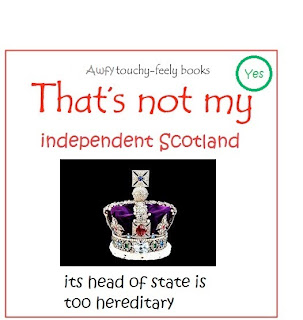 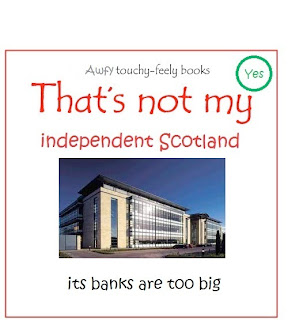 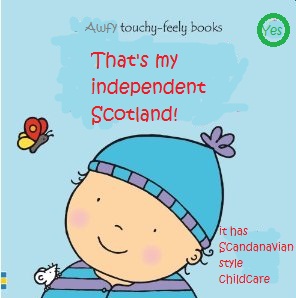 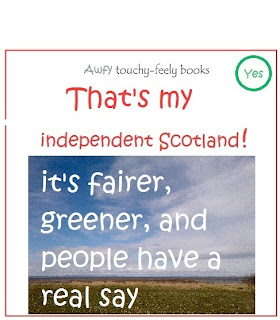 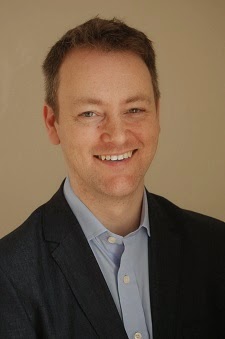